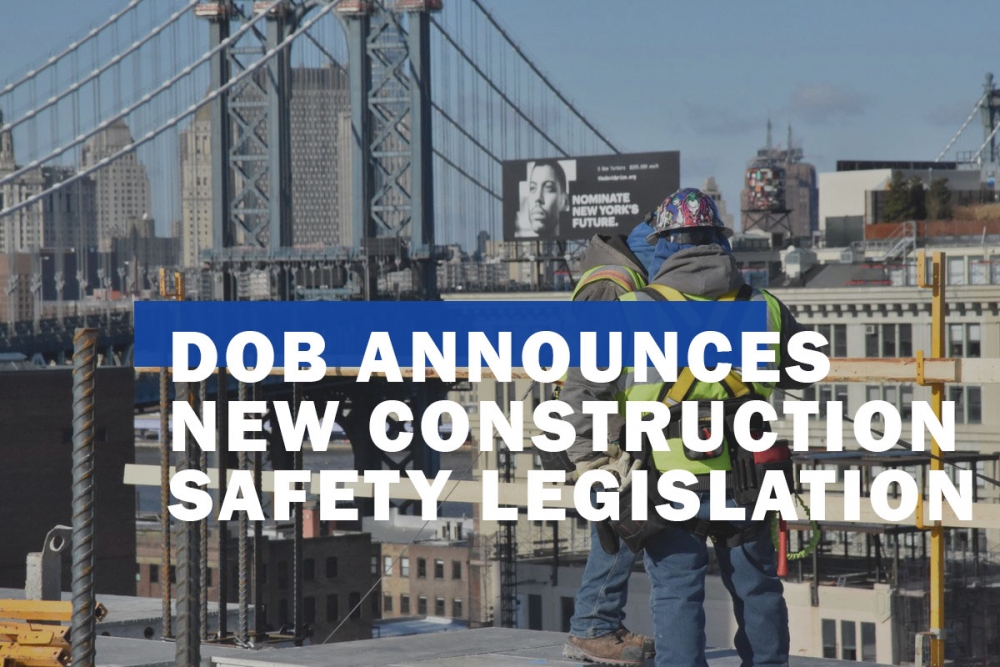 Below is an overview of the 5 new safety bills:

Requires all general contractors to be licensed by DOB and to demonstrate their experience, including practical experience working in the construction industry, receive site safety training, and be responsible for the work they perform under their permits.

Requires contractors to submit Site Safety Plans to DOB for review and approval before work on major projects in the seven to nine story range can commence.

Aimed at preventing the overloading and improper installation of cold-formed steel, which have previously resulted in injuries, fatalities, and property damage at construction sites in New York City.

Builds upon a 2019 Buildings Bulletin issued by DOB, which prohibited the use of stand-off brackets for C-hook suspended scaffold installations, by making that prohibition permanent.

NYC has proposed 627 new or expanded changes to existing codes, along with thousands of minor changes. For a more in-depth view of the upcoming changes please see the official NYC DOB post below.

© Copyright 2010 - 2021 National Association of The Remodeling Industry . All rights reserved